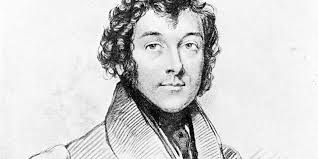 It was a rainy night in Victorian London. The dim glow of gas lights lit the streets as the shoe shine boys packed up for the evening, and gamblers made their way to the dark alleys and abandoned buildings where they conducted business. Inside of a poorly maintained pub the owner sat, reading the paper while his sole customer sat at the bar, sipping a warm English ale. It would seem that the British Empire could soon be faced with a tonic water shortage. What, then, would he sell his customers to go with their gin? He couldn’t possibly offer them gin and regular water. Would anyone drink gin and root beer? Just then, his customer spoke up.

“Pardon me, could I trouble you for a gin?” The pub owner nodded.

“Of course. One gin and tonic, coming up.” Just as he reached for his ice tongs, his customer spoke up again.

“No no, not gin and tonic. I’ll have straight gin.” Straight gin?, thought the pub owner. The absolute mad lad! Why hadn’t I thought of that?

“One gin, coming up. Straight.” It would seem that he would make it through this tonic water shortage after all! The pub owner poured his customer a gin, and as he did so a rider on horseback galloped by.

The rider was cloaked in dark heavy wool to protect him from the rain. He was on the way to fetch Sir Goldsworthy Gurney, the world renowned surgeon and scientist. He knew he was headed in the right direction, but he didn’t dare check the paper he brought with the address – in this rain, it would only disintegrate. He knew, though, that Gurney’s home would be easy enough to spot as he drew near. Just then, he saw it.

Shining from the third floor windows of Sir Goldsworthy Gurney’s home was the brightest artificial light that the rider or anyone else in Victorian London had ever seen. Having been commissioned by Parliament to build a lighting system for Westminster Palace, he was currently in the process of building the latest iteration of the Bude Light – his own invention – and it would be the most powerful yet. He took a step back to admire the light. With welding goggles on and his sleeves rolled up, he wiped a bead of sweat from his brow. Truly this would be the most powerful gas light ever built! The heat was unbearable. The light was blinding.

“Murton!,” Sir Goldsworthy yelled. “More gas!” His assistant, Barry Murton – a relative of mine – was hesitant to comply. He readjusted his welding goggles and, hands shaking, reach for the valve. “Do it, boy!” yelled Goldsworthy. “Give it all the gas we’ve got! I must see how my light shines!”

Meanwhile, downstairs, Goldsworthy’s butler, Mister Jonathan, was preparing a tray of fine cheeses when he heard a knock at the door. “I’m almost there!” he announced. Mister Jonathan made his way to the door and opened it to see a cloaked figure.

“Is Sir Goldsworthy Gurney at home?” the man asked. “It’s an emergency.”

“A medical emergency, across town. We need a surgeon imme-”

Before he could finish, a loud explosion from the third floor shook the house violently.

“What on Earth was that?”

“That would be Sir Goldsworthy,” Mister Jonathan answered. “He’s upstairs working on a new gas lighting system.” The rider was speechless.

Back upstairs, a soot-covered Goldsworthy Gurney was putting out small fires throughout the workshop with a watering can while a panicked Barry Murton shut every gas valve he could find as quickly as possible. Just as the last flames were quenched, he heard a knock at the door. “Ah! That must be Mister Jonathan with our cheeses. Murton, clean up this mess.” Murton first looked at the destroyed Bude Light prototype, then the burnt crisps of wallpaper that had first peeled off the wall from the heat, then been incinerated in the blast. He let out a defeated sigh and grabbed a broom.

“Is everything quite alright, sir?”

“Of course it is, my assistant is just cleaning up after our experiment.” As Murton swept, a large tube fell from the destroyed light and hit him in the head. He dropped his broom and clutched his head in pain.

“Well sir, your cheese platter is here, and you have a guest as well.”

“Oh?” The rider, now no longer covered in his cloak, took a step forward.

“My name is Samuel Throckmorton. Sir Goldsworthy Gurney, we need you across town for surgery. It’s an emergency.” Goldsworthy considered the man for a moment.

“Did you come by horse, Samuel?”

“I did, sir.” Goldsworthy nodded in acknowledgment. “Mister Jonathan, have the stable boys put up Samuel’s horse for the night.”

“But sir, I must come with you!” protested Samuel.

“And you will. Murton! Enough cleaning, prepare the Steam Carriage!” Goldsworthy hurried out of the laboratory with Murton close behind. Samuel Throckmorton was puzzled.

“What on Earth is a steam carriage?” Mister Jonathan raised an eyebrow.

“Would you like to sample any of these fine cheeses?”

View all posts by Snake & Tea